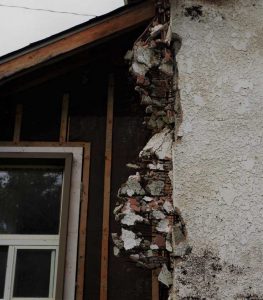 Asbestos is a mineral that was used as a construction material, but it was banned in the UK in 1999. After that, the material is rarely seen in use. Still, houses constructed before the ban could have it. That being said, there is no need to panic. It is commonly found in houses, but most times, it is unexposed and safe, so this is nothing to worry about. Precautions still need to be taken, as exposure to it could be a major health hazard. Due to the danger presented by exposure to this material, you should look into whether the house you are buying has asbestos and take the necessary precautions. Here is some more insight into the matter.

Asbestos is a tremendously heat-resistant fibrous mineral that is also used in insulating materials while building houses. Even though it has been mined for over 4,000 years, it has only recently gained popularity during the late 19th century. It has some great properties, like resistance to fire, heat, chemicals, and electricity-related damage. This material is quite economical and also good at absorbing sound. All of these factors add to its popularity and use. However, the fibres in asbestos can be fatal when inhaled and, thus, can should be considered dangerous.

Where can you find asbestos in a house?

Asbestos is usually used in the construction of houses complementing other materials, such as cement sheeting and decorative wall coatings, to make them stronger. It can also be found in:

Which houses are more likely to have asbestos?

Until 1999, asbestos was used in building houses in the UK. The use of white asbestos became illegal afterwards. Blue and brown asbestos had already been banned in 1985. Thus, houses built before 1999 could possibly have asbestos; however, those built after that should not contain the mineral. Floor and ceiling tiles were especially observed to contain asbestos in the 1950’s and 1960’s.

Should you buy a house with asbestos in it?

The mention of asbestos still causes many to raise their eyebrows, and this reaction is understandable as the fibres can be very harmful, capable of causing serious illnesses and even death.

However, most people don’t know that asbestos is only dangerous when it has been damaged or is in poor condition. In other words, asbestos fibres are dangerous when they are exposed, being able to transmit in the air and breathed into the lungs.

Thus, when deciding whether or not to buy a house with asbestos in it, the most important factor you should look at is whether the asbestos is exposed or not. If it’s in an area that isn’t exposed and people are not likely to come in contact with it, such as in cement or a roof, then it is generally considered to be safe. That being said, you need to ensure that the asbestos is not in poor condition, doesn’t leak, etc.

Of course, you can’t be expected to look into it yourself. You should employ a professional, such as a specialist contractor or surveyor, to confirm its presence and weigh out the risk. If the specialist doesn’t believe there is much asbestos and the work to be done to make the situation safe is not much, then you can go ahead with purchasing the property.

However, if there is a large amount of asbestos in the house, or if the cost for removing it to make the home safe is very high, then it doesn’t make sense to buy the property. You should look elsewhere in that case or request that the seller make the necessary improvement before a purchase can be made.

Asbestos-containing materials could potentially release fibres when they are of poor quality, disturbed, get damaged, are removed without caution, cut, torn, sawed, drilled, or scraped.

Coming into contact with these fibres can lead to a serious respiratory disease called asbestosis. Breathing the fibres in can worsen your lungs overtime, making it difficult for you to breathe.

If the asbestos is not damaged and safely in an unexposed area, then Health and Safety regulations suggest leaving it in place, as removing it could cause a much higher health risk as compared to leaving it the way it is.

Deaths related to asbestos usually occur when a person has been exposed to the material over a long duration.

If breathed in, the asbestos particles can be fatal. However, you need to know that the symptoms of the damage caused by asbestos inhalation are very slow to develop and take up to 60 years by which it may be too late. Thus, preventative measures are important for avoiding such situations. Use of asbestos is linked to two types of cancer, Mesothelioma, which is a cancer of the chest and abdomen lining, and lung cancer. Other illnesses caused by asbestos include asbestosis, which involves scarring of the lung and pleural thickening, which is a scarring of the lung lining.

How much does it cost to remove asbestos?

The costs involved in asbestos removal are relatively high and differ from company to company. However, it usually comes to about £1,500 plus VAT to remove up to 20 sq m roughly. You need to use an experienced and licensed specialist, who will first carry out surveys and take samples, which usually can cost up to £175 plus VAT. Never attempt at removing it yourself as that could not only cause further damage but be extremely harmful to you and others around you as well.

Home insurance policies do not cover asbestos removal; however, it’s worth checking if the asbestos gets damaged. For example, a broken garage roof could come under accidental damage and thus be covered in your insurance.

The mere mention of asbestos shouldn’t be as scary to you; however; it is still necessary to take the required precautions to make sure that your house is safe from a potential health hazard that could happen in the long run.